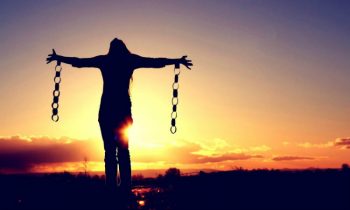 Christianity claims to promote spirituality. I sought spiritual experiences for twenty-six years in the fundamentalist iterations of Christianity. Yet I only began to experience them after I left Christianity. And I’ve noticed a curious trend: all the spiritual practices I find most transformative and healing Christian fundamentalism condemns as evil, demonic, and destructive: Meditation, yoga, psychedelics, Eastern philosophy, sexuality, frequently psychology… The list goes on and on. It’s profoundly ironic that the practices Christian fundamentalism condemns as unspiritual are precisely what healed me from the psychological and spiritual trauma Christianity inflicted on me. This religion enacts the kind of spiritual oppression it condemns. Who is demonic, if not the Holy Spirit? God’s Spirit demanded total possession of my soul and kept me from fulfilling my spiritual potential because he took away my freedom, demanding slavish conformity to his will and preventing me from following my intuition and my heart. This religion inflicts the damage it claims to heal. What causes anxiety and despair, if not Jesus’ crushing demands for moral perfection and the Bible’s constant threats of judgment? Obsessive-compulsive confession, fear of unsafety, making crazy decisions attempting to follow God’s “still small” (absent) voice; all of these are byproducts of Christian spiritual enslavement. What destroys a person’s sense of purpose and self-actualization, if not for demands to conform your career, personality, romantic relationships, and self-expression into the cookie-cutter, human objectification evangelistic system of The Great Commission?

Christianity has a long history of spiritual imperialism and suppression. In every corner of the globe where the gospel has spread, native spiritual practices have been condemned as sinful, made illegal, and stamped out. Spiritual healers and tribal leaders were given derogatory labels as witches and sorcerers, inspiring “witch hunts” where Christian converts were encouraged to hunt, kill, and betray people they previously sought spiritual guidance from. Centuries of priceless knowledge were lost through the burning of sacred texts and the destruction of relics. Yet Christians continue to benefit from the “pagan” roots of their scriptures and holidays, naively denying their influence and co-opting their practices. This is spiritual colonialism, religious imperialism. The Bible is rife with occult influences: magical spells prescribed in the Bible (see Numbers 5:12-31), human and animal sacrifice, blood pacts (covenants), ritual sexual mutilation (circumcision), spirit possession (asking Jesus into your heart). Yet Christianity accuses other spiritualities of “dark arts” as it proclaims its own enlightenment.

There are many Christian mystics who have proclaimed spirituality throughout the millennia. This is often more incidental than causal. In the past, when literacy and education were rare and religion was mandated by the state, people usually did not choose religion. They found themselves in it, through birth or because of governmental law. Mystics can be found within Christianity and within every religion, because people are spiritual by nature, and spirituality will find expression in every religious system, no matter how oppressive. Christianity does encourage a spiritual impulse, a yearning and a longing, and at times it allows for it to find expression. So many of its doctrines are spirituality oppressive, however, and spirituality is usually stifled or re-routed for the religion’s unspiritual ends of spiritual world domination (The Great Commission).

Many of the Christian mystics were persecuted because they did not conform to the religious system. They were often labeled heretics and brutally murdered by the religious establishment, because they taught free, spiritual expression and enlightenment: an affront to the authority of the Church. According to one interpretation, we see this in Jesus, whose message was first condemned by the religious establishment, and then cleverly demolished through absorption and reconfiguration into the system’s authoritarian ideology. Jesus frequently proclaimed self-actualization and god-consciousness, yet his followers stamped out his message in making him god; thereby making god-realization inaccessible. Jesus was murdered, along with his message. Every mystic gets murdered the moment he is made a saint, because he then ceases to be just like you and I: A spiritual being living in ordinary humanity. Even so, there have been voices within Christianity, in Christian-dominated lands throughout the millennia, proclaiming a message of spiritual freedom in the midst of oppression, lighthouses in a long, dark stormy night. We would do well to heed their messages without giving way to the contexts of religious oppression which they found themselves living in.

There’s a lot of talk about spiritual experiences in fundamentalist Christianity, and it’s often just talk. As a Christian, yearned for signs, wonders, and dreams, which always took place somewhere else in the world for someone else, or in some distant biblical fable. It was all rumors, stories, fleeting emotional rushes, or faint images in my mind that could have easily been produced by preaching or imagination. Why are Christians constantly praying for miracles instead of experiencing them? Why are they calling for a return to biblical times instead of seeing the awakening to spiritual experiencing that’s happening to people all over the world, in a magnitude unprecedented in human history? Now that I practice spirituality, my miracles of healing, visionary images, and access to my intuition and purpose are mind-blowingly apparent and fantastically more real than the most powerful biblical stories. And so it goes for most of my fellow-journeyers who call themselves spiritual but not religious (a label that fundamentalist preachers despise, interestingly enough).

How do we find spirituality in the wake of religion, or within non-dogmatic religion? When I left dogmatic religion, I was triggered by every mention of the word spirituality, for I feared the dangers and manipulations I had fallen prey to in religion. But I found my healing and purpose by embracing spirituality, not by denying the possibility of its existence. What is spirituality? I am convinced there is something profoundly real to it, though perhaps spirituality is an outdated category because it assumes separation of a material and supernatural realm. There is no separation between “spirit” and science, for everything that is is reality. Spiritual experiencing cannot yet be comfortably fit into narrow demands of empirical proof, but that does not mean it is impossible to verify or integrate through other means (though perhaps not yet with scientific certainty).

Spiritual experiences have been attested by thousands of years of observation of consciousness and nature. They are consistently reproducible through many different means. These experiences, their implications for philosophy and future scientific exploration, should not be ignored or dismissed without consideration. Experiences of consciousness expanding beyond the body, past life remembrances, and communication with deity-like beings are commonplace and reproducible. This is a fact. What we choose to conclude about these experiences is one thing. But saying they all just take place in the brain can be a kind of dismissal. It lacks explanatory value and strains the evidence. In my judgment, there seems to be a real interaction with reality that’s happening beyond just the mind, perhaps another mode of perception. Humanism and science call us to real openness, curiosity, and critical engagement, not a one-sided, dismissive skepticism. It’s time to abandon derogatory labels like Woo Woo and New Age that do nothing but reinforce our own uncritical thinking and foregone conclusions. It seems unreasonable to speak with any authority on these matters from a detached intellectual perspective: one must first engage the actual experiences. That is the whole point of spirituality.

Spirituality is about experience if it’s about anything. It can never be dictated or commanded: that would be spiritual abortion, prevention of authentic experience. Spirituality is only possible when freedom is preeminent, for the human spirit must be allowed to find self-expression. Spirituality results in awareness and wise-action, an understanding of the self and its relationship to the rest of nature. Spiritual teaching is about helping people find access to themselves and engage their own experience: their own purpose, heart, intuition, and place in the universe.

Those who have come out of a religious system are at a distinct advantage to engage in spiritual exploration, for they are familiar with the dangers of uncritical spirituality. Spiritual manipulation happens frequently in the world; people often use good things to achieve their own egotistical ends. When I explore spirituality, I engage my critical thinking. I stay in my power instead of giving it away to a spiritual teacher or philosophy. That would be creating another kind of god and putting myself under its authority all over again! We are divine, in the sense that personal creativity and agency is foundational to humanness. If I sense myself becoming ungrounded or making poor decisions, I ask myself this question: Is my spiritual practice motivated by a desire to escape personal responsibility and outsource my decisions? This is not spirituality: it is a bypassing of the human spirit, for spirituality finds expression in the personal responsibility of making free choices.

It is perhaps more comfortable to retreat into a kind of atheism that dismisses possibilities that make us uncomfortable because they feel like religion. This impulse is understandable. Yet there a whole world of wonder and possibility is available to us who have been freed from the dominion of a deity. I yearn and dream for the billions held captive by a religious system to experience the spirituality they pray for day and night. Spirituality is an exploration, it is an adventure. There are dangers and rewards. May we all take ourselves lightly as we engage in this venture, may we learn, think, and grow as we embrace the deepest mysteries and beauties of life.