Thou Shalt Not Judge: Religious Othering and The Politics of Division 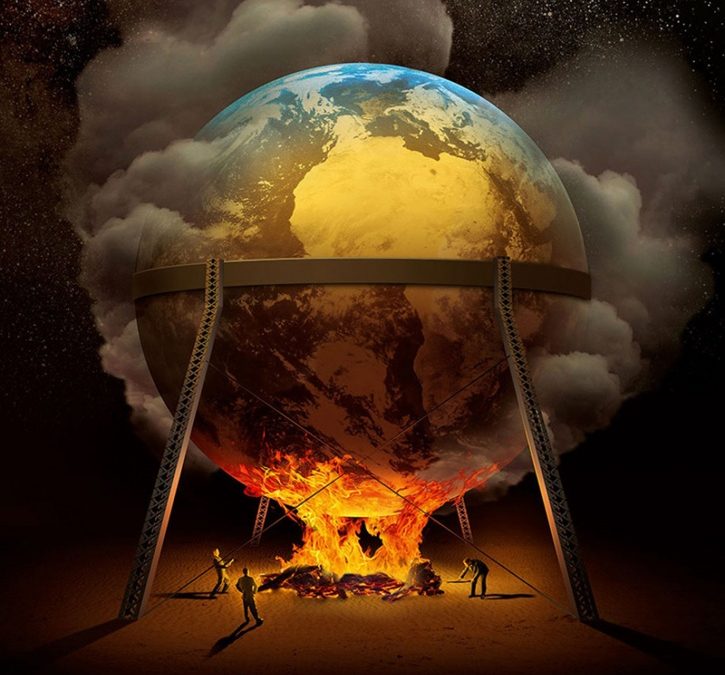 The Bible promotes a political strategy of division by othering everyone outside of the religion. Through divisive labeling, my neighbor morphs from a fellow human being into a distant other, the sinner, to whom I, the saint, no longer can relate with empathy: an alien. Instead of uniting humankind through empathetic awareness of our shared humanity, the Bible’s God introduces a spiritual hierarchy to the religious mind. The Kingdom of God is built on a pyramid scheme that gives financial benefits like heavenly riches and eternal salvation to those at the top (the community of saints) who benefit from the dehumanization and eternal damnation of those it oppresses (the company of the damned). Everyone who is not part of the universal religion is destroyed in the religious mind through aggressive derogatory labeling.

My un-Christian child, spouse, and friend ceases to be my neighbor and becomes an object of conversion, the other. Conversion is a weapon in the hands of the elite, a means of destroying difference. Diversity is destroyed in the other through ideological domination. Either I destroy the difference in my neighbor by changing him to be just like me, or I must destroy my neighbor in the fires of literal or metaphorical hell. Either way, I cannot love him. I cannot see him, I cannot accept him for who he is and the choices he has made to not be like me, because that would threaten my identity.

Although God feigns tolerance through propagandist catchphrases like universal redemption, He promotes the politics of war and suffering through judgment. Jesus himself preached a politic of division. According to Jesus, everyone who is not like us is the enemy: “Whoever is not with me is against me, and whoever does not gather with me scatters” (Matthew 12:30, Luke 11:23, NIV). Jesus made his ethic of division unmistakable, countering the universalists of his time who wanted to view him as a unifier: “Do not think that I have come to bring peace to the earth. I have not come to bring peace, but a sword. For I have come to set a man against his father, and a daughter against her mother, and a daughter-in-law against her mother-in-law. And a person’s enemies will be those of his own household. Whoever loves father or mother more than me is not worthy of me, and whoever loves son or daughter more than me is not worthy of me” (Matthew 10:34-37, ESV).

Jesus’ vision was apocalyptic. Jesus, all of his disciples, and all of the writers of the New Testament viewed life as a war against the spiritual forces of darkness and light. Those on the dark side, all who do not bow the knee to God’s message of love, are out to get us. People who believe in other religions or chose another way may be well-intentioned, but they unknowingly support demonic ideologies that invite God’s judgment and destruction of the planet through ideological and literal war: The Apocalypse. Humanity’s only hope is to destroy them all (ideologically or literally) before God destroys all of us.

The vision of the entire Bible is apocalyptic. The world was set on a course towards destruction from the original moment of disobedience in the Garden of Eden, when God could not tolerate difference in free human choice. God murdered humanity and destroyed nature in the First Apocalypse of The Flood, sparing only Noah and the small band of animals that could fit in his boat. The people of Israel were chosen to be God’s Royal Priesthood and Superior Race. They were weaponized and commanded to genocide, killing entire nations of peoples who lived around them (including their animals) simply because they belonged to other religions. God kills his own people throughout the Old Testament, bringing national judgment and exile upon them whenever they mixed with outsiders and integrated unsanctioned ideologies that promote tolerance of difference. Segregation is the only way to maintain purity when difference is a threat. In the Final Apocalypse, God destroys difference in the other forever through the eternal genocide of hell.

The Bible’s God adopts a divide-and-conquer strategy to promote his Kingdom regime. The Supreme Leader proclaims his Superior Race in the Israelite and Christian Nation, those who are “chosen,” “separate,” “in the world but not of the world,” a “royal priesthood,” “holy.” The Supreme Leader conquers by pitting humans against each other into warring camps of the chosen and the damned. Labels like infidel, unfaithful, sinner, and evildoer embolden and mobilize kingdom crusaders to persecute, objectify, and judge those who do not worship their King. Anyone who cannot be converted must be killed in the End Times genocide of the Lamb of God, God’s Final Solution.

Warfare and the destruction of nature are the inevitable consequences of the Bible’s politics of division. The real Apocalypse is the politics of othering. It is our attempt to save ourselves by eliminating difference that causes us to enact our own worst fears. Western religion has infected society worldwide with an ideology of fear. This politic of fear undergirds racism, homophobia, sexism, classism, predatory capitalism, dictatorship, and exploitation. Difference is threatening when I base my identity on ideology, when I identify myself with anything that isn’t truly me. Because I am white, Christian, Muslim, wealthy, I cannot accept anything or anyone that is not me on any more than a superficial level. Influence is danger because the other might destroy my soul. Yet all such differences disappear when we experientially understand that humanity transcends all apparent differences. Variations in human expression, including that which we despise, enhance our ability to inhabit ourselves, to be fully human. We are all connected through our common nature; through nature itself, and to be fully ourselves, we must desist from the politics of destruction and exploitation. All life hangs in the balance.