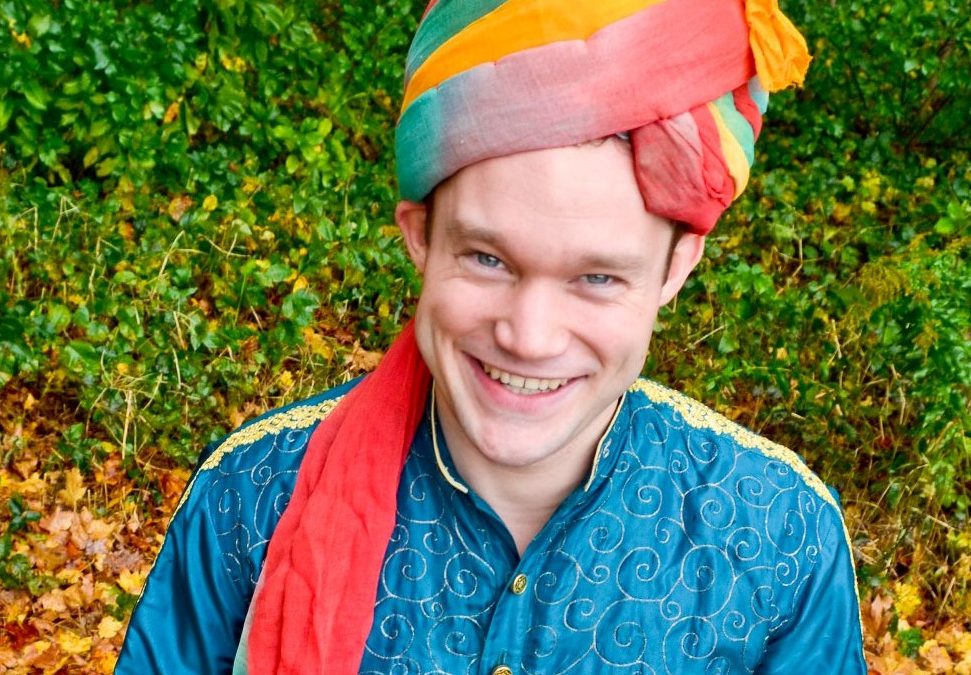 Nine years ago, I worked as an undercover missionary in India, converting Hindus and Muslims to Christianity under the pretense of charitable work. Now I’m going back to tell my story of de-conversion from Christianity and reconcile with the people I used to evangelize. I will be documenting my journey to raise awareness about a global missionary problem, working to reconcile Christians, Hindus, and Muslims and promote charity without under-handed tactics. Thousands of missionaries travel to India and other countries every year, spreading a message of fear and spiritual colonialism even as they preach love.

Here is my story. I grew up the son of a minister of a Pentecostal Assemblies of God church in New Jersey. I felt called by God to be a missionary from an early age. This was confirmed by countless prophecies, including one before I was born that I would lead many people to God (Luke 1:66). I was a passionate Christian, devoting my life to evangelism and biblical studies. I studied Missiology at the Evangelical school Wheaton College and received my Master of Divinity from Princeton Seminary as preparation for my ministry career.

During my sophomore year of college, I went on my first missionary trip to India with a group of students and the missionary organization Pioneers. We lived with a Hindu host family under the pretense of Hindi language study. Missionary work is illegal in India, so we worked undercover, making friends and inviting ourselves into their homes in the hopes of converting them (known as “relational evangelism”). Our host family welcomed us as if we were flesh and blood. We ate meals with them every day, received a tour of their village of origin, and even attended a traditional Indian wedding in their extended family. I fell in love with India and traveled there four additional times, sharing the gospel and inspiring indigenous Indian ministers to evangelize their country. Back in the US, I preached about the need for evangelism to India at my college, in my churches, and to all my friends regularly. I refused to date women who didn’t share my missionary calling to India because I didn’t want to get pulled away from my divine mission.

The family I lived with in India turned out to be leaders in a highly influential Hindu caste, the Rapjuts. Our strategy was to convert and train influential high-caste Rajputs and Brahmins to become evangelists and change-makers, so we believed this was a providential opportunity. Our strategy was part of the Bible’s Great Commission, which states that Jesus will come back to rule the Earth once every ethnolinguistic people group has heard the gospel (Matthew 24:14, 28:19; Revelation 5:9-10, 7:9). I worked with Evangelical Christian organizations like the Assemblies of God, Pioneers, IHOP, and others who view India as a strategic place to do evangelism because it has more unreached people groups than any other nation. Many Christian churches around the world are devoted to sending missionaries to India in order to accomplish the task of global evangelism. They start orphanages and rescue sex slaves, using charitable work as a cover to target India’s most vulnerable populations, resulting in the exchange of one form of oppression for another.

Even though I was a devoted Christian, I suffered from chronic anxiety, low self-esteem, and sexual repression. During my Seminary studies, I committed myself to overcoming fear and getting healthy. I experienced a painful rude awakening, realizing that the Bible’s teachings about hell, sin, and fear are extremely psychologically abusive. After struggling for a few years trying to make Christianity work for me and working as a minister in New York City, one day I woke up and realized I was no longer a Christian, and I was no longer afraid. I quit my job and moved out to California, finding my healing through therapy, spiritual experiences, yoga, and meditation. I blog, speak, and offer coaching to help people heal their religious trauma and integrate healthy, authentic spirituality.

I am returning to India not as a missionary, but as a learner. I plan to promote ecumenical and cross-cultural dialogue that will result in mutual healing and charity instead of the constant religious tension and conquest we see in India and around the world. I will travel to places where I conducted evangelistic efforts, share my story of deconversion and reconciliation, and bring awareness to abusive missionary practices. My story is not just my own; it represents the stories of countless missionaries who have de-converted and suffer from the aftermath of guilt and shame and the millions of people who still suffer today under the oppression of religious imperialism.

Do you feel psychologically traumatized by religious harm, isolated and disempowered by trauma, emotional and spiritual distress in your life? If you would like to talk with me for coaching support, schedule a free Inner Freedom Session. In this session, my intention is to help you feel deeply heard and supported, gain clarity, learn a few expert tips, and if it seems like I can support you further, see whether Coaching is a good fit for you.

I’m Andrew Jasko, Master of Divinity (M.Div.), MA Counseling Psychology In Progress, and I work to help you transform your trauma into the place of your power and connect to a healthy, authentic spirituality that works for you (whether that’s as a spiritual not religious, atheist, religious, transitioning, or agnostic identifying person). I was born into a minister’s family and became a preacher and missionary to India, after studying theology at Wheaton College and Princeton Seminary. As a Christian, my relationship with God was my passion, but unhealthy religious teachings caused me an anxiety disorder, sexual repression, and spiritual disillusionment. I felt alone, traumatized, and abandoned by the divine. After an agonizing crisis of faith, I rejected religion and spirituality. Then, I reintegrated a healthy spirituality through mystical, humanist, and holistic practices. My passion is to help you to heal and connect with your authentic sense of spirituality or purpose.